The story of Falkenbergs Jewelers dates back to April of 1906 when Kristian Falkenberg came to Walla Walla from Fairbanks, Alaska, where he had operated a jewelry store. At that time, Falkenbergs was located at 42 East Main Street in the Die Bruecke building.

J.L. Cundiff went to work at Falkenbergs in 1914 while he was still in high school. He worked in the office and became the store bookkeeper. In 1932, J.L. "Jerry" Cundiff and Knute Glimme, a Norwegian jeweler working at the store purchased the business and it became known as "Falkenberg's Jewelers, Glimme and Cundiff Successors." During those years, Jerry ran the business, his wife Lois supervised the sales staff and Knute oversaw the jewelers and watchmakers.

Jerry Cundiff, Jr. joined Falkenbergs in 1949 after returning from service in the US Navy. He met and married Ruth who was working as a secretary for the store. Mr. Glimme passed away in 1962 and Jerry and Ruth purchased his equity in the partnership.

In 1973 it became known that the store lease in the Die Bruecke building would not be renewed and a search for a new location began. A building one block west was purchased and in March of 1974 the business moved to its current location at 6 East Main Street.

In the fall of 1975, after attending the Gemological Institute of America in Los Angeles and receiving his Graduate Gemologist diploma, Jerry "Skip" Cundiff III began his career at Falkenbergs. At this time there were three generations of the Cundiff family actively involved in the business.

Being a small farming community of about 26,000 residents, Falkenbergs started as a full line store carrying everything from fine diamonds and precious gemstones to china, crystal, silver and even costume jewelry. In the 1990's Falkenbergs began reducing the amount of giftware to focus on a broader selection of jewelry. 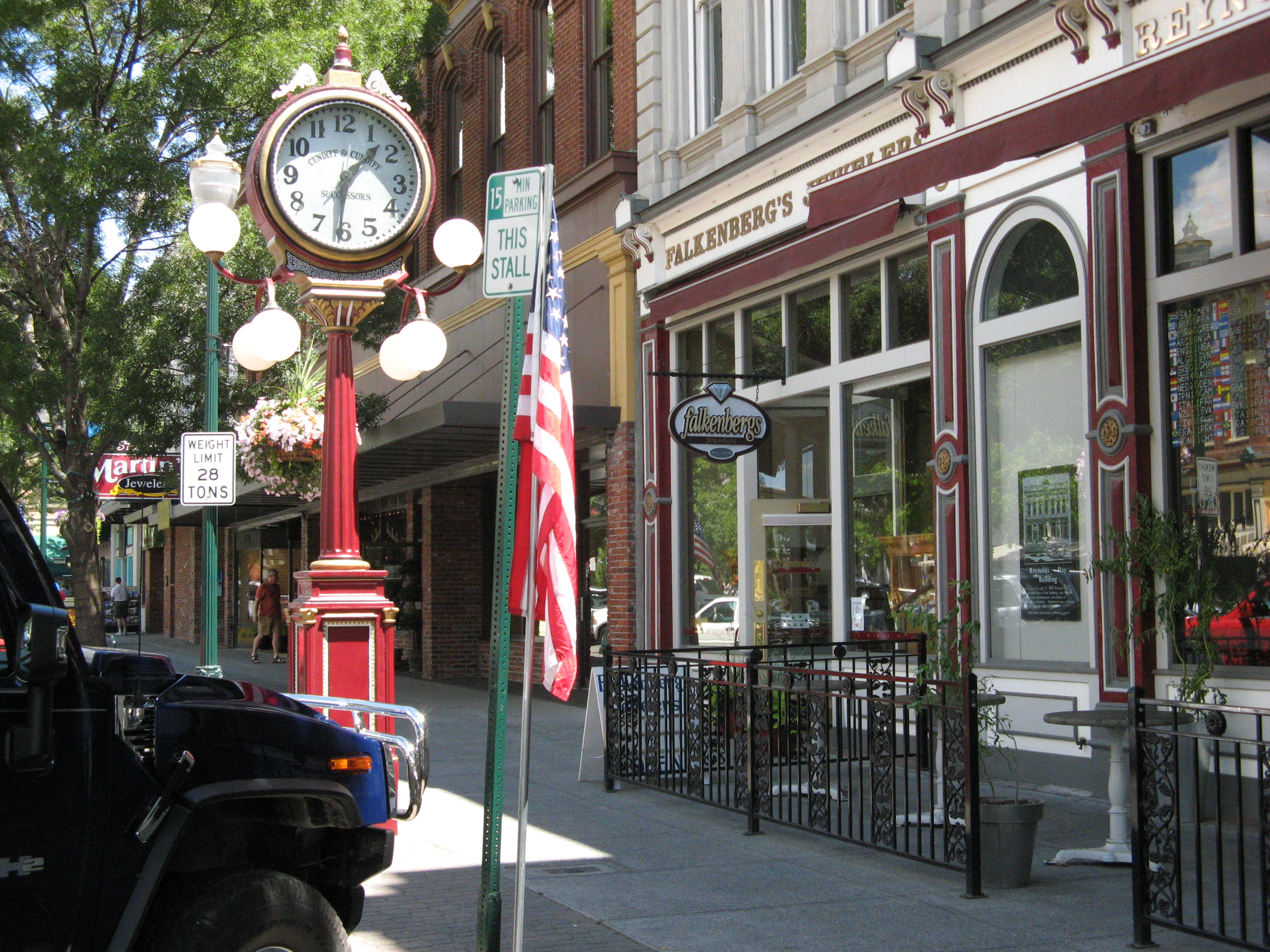 Today Falkenbergs is owned by Skip Cundiff and Shauna Cundiff. Their son Jesse is the fourth generation to work in the business.
The store is known throughout Southeast Washington and Northeast Oregon and has always had a reputation for fine quality, selection and service.

We are proud to carry on the over one-hundred-year-old tradition of quality and value with friendly professional service.
Thank you for your interest in our store and we look forward to serving you!

We have jewelry professionals ready to help.